"The thinking pasture girl" is a group of artists from Central Anatolia.

3 women, 3 villages, 3  trees. Salvaged, grown up home under the sun, crescent moon and star is resting. Surrounded by mountains, trees, animals. Dangerless. Protected. Rooted. Uneducated, close to people and often spoken for at a young age. Intoxicated by the desire for a new definition for the romantic notion of an under-exposed pasture girl, the „thinking women“ look down upon their villages from the heights of the fairy chimneys, are curious about the Behind, seeing the wide horizon.

They have a father, a mother, brothers, sisters, cousins​​.

They have a wish. To become a lawyer, to study, to marry anyway, to have happy graduate children with strong and brilliant men.

They have no concept of a Berlin which can offer them more than their dusty village, in the heat of summer, in the heat of the oven in the center of town, in which everyone bakes their bread.

There is food, a roof over ones head without antennae, a holy family.

Information is obtained here about memories, bundled in fairy tales that are told in the evening by the fire. The Anatolian Red Riding Hood wears a darkred coloured bandana, torn from the sandstorm, the purring cat polishing its sleek boots, wild princess heads grey-haired admirers with old hats. Only years later evening falls and in the TV and the Anatolian villages are bathed in their blue, western-oriented, magical light. The thinking pasture girls have no idea of ​​the gray Berlin. Thats the only reason they have come to us. Through them it will be colourful. Without the heroic courage to cut their own roots to quench the curiosity, no comparison would be possible, no question of the will to stay ever challenged . The Farewell would be no easier than the arrival despite parting money. The serious, textile trees tell stories of growth in all directions. Simultaneously, timeless, anachronistic. Upwards, downwards, to the right and to the left. Heaven, earth, east, west, (western world, eastern world). They tell the ancient story of life and death. Floating leaves and landing faintly, red, gold on black ground, nourishing the in the earth intertwined roots. The trees promise a stronger hold than any concrete foundation can offer. With its roots in living earth, nourished by ancient knowledge. (of the mystery of Creation.) In stimulating and imaginative formulas, which they have gathered by hours of observing the mighty plants and then testing the theories in their dreams at night, the thinking pasture girls make the secret of the trees available to us. This knowledge sewn into the tree sculptures , offers the viewer deep trust to the logical flow of ones own spiritual growth. Through their intuitive nature of composition, the pasture girls give us the opportunity to rethink the Old and recognize the New. So also to realize that the emancipated woman from the western city is a sentient being! 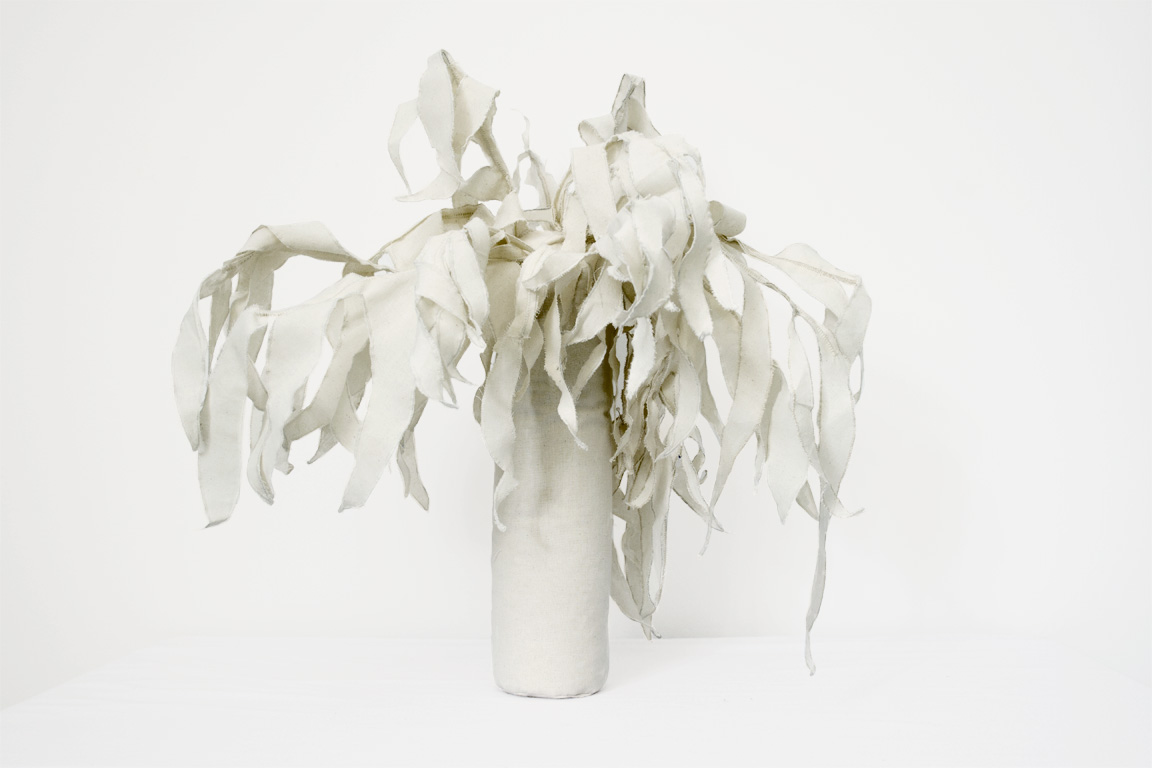